As you step from the bustling street, down the center courtyard, you’ll instantly notice the mid-century charm of the building.  From the lush landscaping, to the tranquil fountain, to the curved bay windows, this two-story apartment building has been home to a few famous faces over the years.

We don’t know if it’s the Old Hollywood vibe of the building that attracts these creative types, but if these walls could talk, they’d tell you all about the lines that were rehearsed, the songs that were sung, and the acting dreams that came true while these celebs called our building home.

Until recently, this accomplished actor called our Dietrich floor plan home for almost six years.  If you were a teenager in the ’90s, then you may remember Wilson as Rickie Vasquez from the insanely popular cult classic My So-Called Life with Claire Danes and Jared Leto.  He also went on to star in Rent on Broadway, He’s Just Not that Into You with Drew Barrymore, and most recently as lawyer Dennis Vasquez on Netflix’s 13 Reasons Why (which we totally binged).  In addition to acting, Wilson is also known as being an activist for the LGBTQ+ community and served as a spokesman for GLAAD.  You can catch Wilson currently portraying Dr. Hugh Culber on the new Star Trek: Discovery series airing on CBS.

You may remember Azita as Rachel Pirzad from Syfy’s Alphas.  And we can almost guarantee that you’ve seen her in one of her many guest appearances on hit TV shows like How I Met Your Mother, Entourage, Veronica Mars, The Mentalist, Bones, Ghost Whisperer, and Castle.  Azita lived in our Monroe floor plan, coincidentally right next door to Wilson Cruz and we love that they’ve maintained a friendship even after moving out.  Recently, Azita founded the MENA Arts Advocacy Coalition which fights for the advancement and visibility of Middle Eastern North African performers on-screen in film, television, and streaming platforms.

Kelly was one of the first people we leased to when we took over management for the building back in 2009 and way before she portrayed Dr. Britt Westbourne aka “The Britch” on General Hospital.  Back then she lived in our Monroe floor plan and was a muse in David Guetta music videos but has since gone on to guest star on shows like Days of Our Lives, The Secret Life of the American Teenager, and Criminal Minds before becoming a recurring cast member on General Hospital. 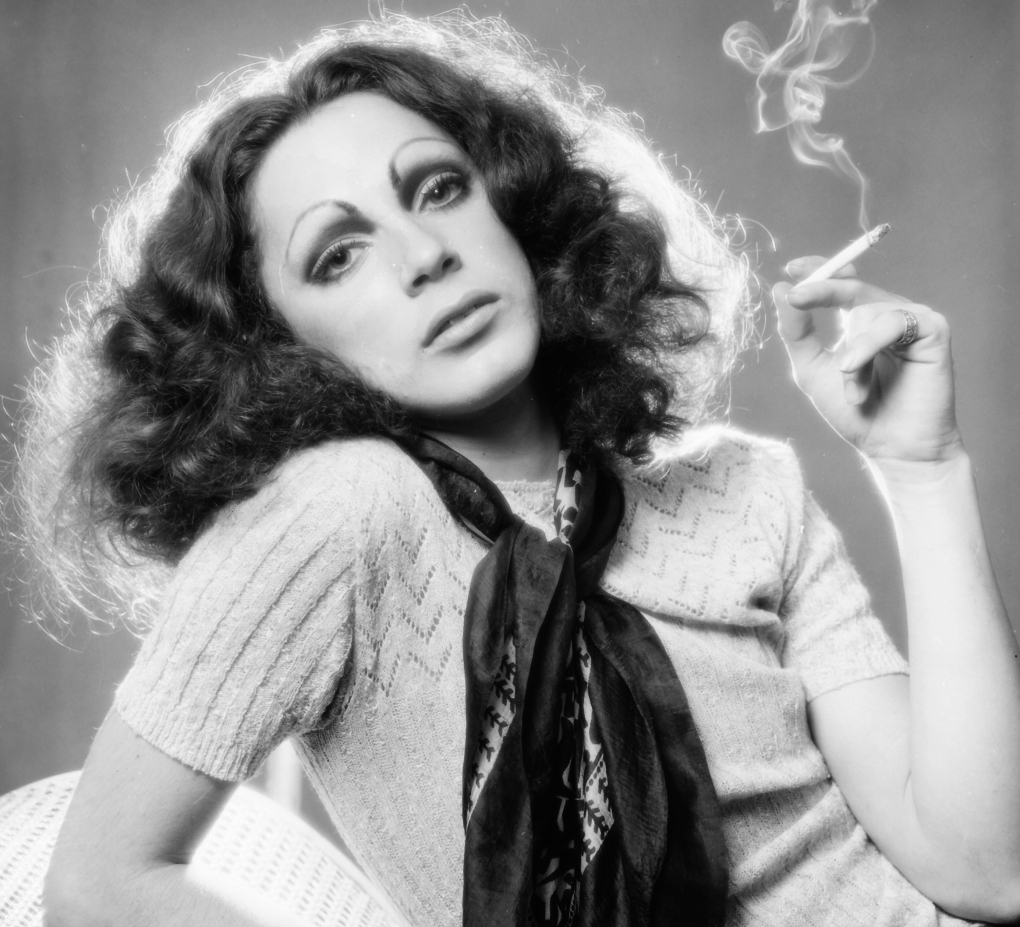 A colorful and beloved resident, transgender icon Holly Woodlawn called our Monroe floor plan home for over 10 years.  Born Haroldo Santiago Franceschi Rodriguez Danhakl in Puetro Rico, Holly grew up in Miami and rose to fame in Andy Warhol’s 1970 movie Trash.  She was later immortalized in the opening lines of Lou Reed’s catchy song, “Walk on the Wild Side”.  Holly also had a cameo in Madonna’s “Deeper and Deeper” music video.  After moving out, Holly appeared as herself in an episode of Transparent and sadly passed away in December 2015.  She was included during the In-Memoriam segment at the 88th Academy Awards and is buried at the Hollywood Forever Cemetery just down the street.

Fun Fact: Azita Ghanizada moved into Holly’s suite right after it was remodeled so it has major Hollywood vibes going on in there.

While we can’t 100% confirm that Joan Dixon in fact lived here, we can confirm that we found some personal effects of hers while remodeling the Dietrich floor plan suite that Wilson Cruz moved out of.  While replacing the bathroom cabinet, we found an invitation to Joan from Captain Joseph Ropars of the SS France inviting her to cocktails on the promenade deck which places the date of the card sometime between 1964-1966 when he was captain.  Since the invitation was found underneath the cabinet where there was no easy access, we assume that she once called this suite home.  Joan was a film and television actress in the 1950s and was under contract with Howard Hughes.  She is best known for her role in the 1951 film noir Roadblock which just so happens to have come out the same year the building was built.  In the 60’s, Joan performed as a vocalist at Dean Martin’s nightclub, Dino’s Lodge, just up the street on the Sunset Strip, so our building would’ve been a super close retreat for her after a night of entertaining and singing.

Who were you most surprised to learn lived here?  Let us know in the comments below.

have something suite to say? Cancel reply